Under the supervision of two senior research scientists our own research team did a study on the nutritional status of children in the age group of 8 to 10 years. This involved three countries – Switzerland, Germany & India. Bioelectrical Impedance Analysis (BIA) machines were installed from foreign countries for this project. The paper has already been published. Nutritional status and growth pattern have been assessed through BIA technique and Anthropometry. 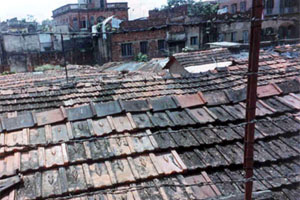 A slum in North Kolkata where most of the children live 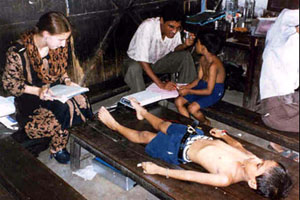 Assessment of body composition through BIA

Clinical examination of the student